Posted on August 24, 2016 by intersectionalalien

Following my viewing of Ladies Room, I’ve reflected on my assumptions and epiphanies from this experience. I’ve also read back on my first post in order to critically analyse my initial reaction.

Let’s start with my initial feeling towards the Ladies Room series – disappointment. While the series certainly had elements of feminism to it (discussing topic areas like casual sex, abortion, periods, developing independent lives/careers and centring around the friendship of two women), to me it wasn’t the “wild” show that it projected itself to be to a global audience (via Youtube), nor the “feminist stoner comedy” it projected to be to a Western audience (via SBS). I was also introduced to Ladies Room through it’s comparison to Broad City, and considering how relatively queer friendly Broad City is, I was particularly curious to see if Ladies Room would also go down that path…and it didn’t. 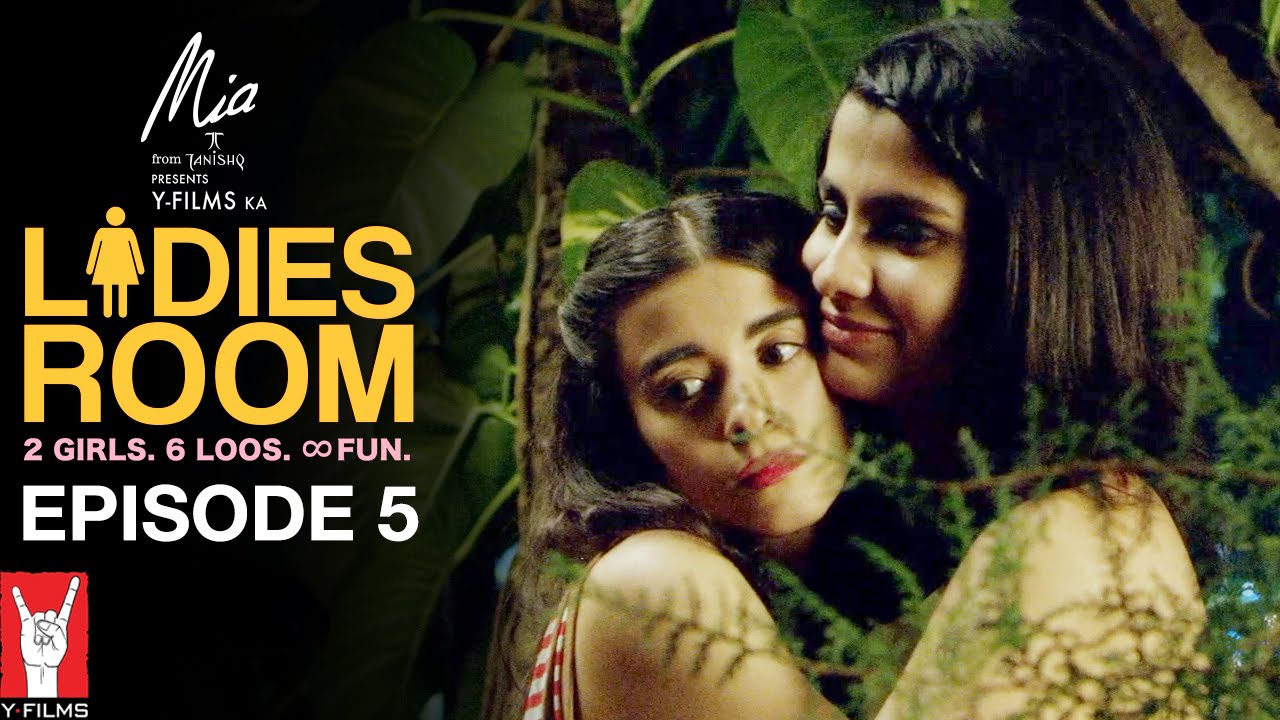 With intersectional feminism coursing through my veins, I also visited India in December last year, an experience I found to be quite confronting on a number of levels. In fact, I looked to autoethnographies from other feminist white women who travelled through India to help make sense of and validate what I experienced (Tegan and Sara’s experiences and reflections really resonated with me). As I experienced quite a bit of misogyny in India, I was hoping viewing Ladies Room would help reshape my perspective of India. I am aware that my experiences are my own and cannot account for the many intersections that make up India. Despite knowing this, I expected Ladies Room to challenge and essentially erase the assumptions and judgements I had made from my experience. That’s a lot of pressure for one web series.

A warning from the hostel I stayed in, and an example of the different culture I experienced. Varanasi, Dec 2015.

A brochure from the hostel I stayed at in Mumbai. This brochure serves as a small example of how I felt constantly challenged by India…like the fact that the guide lived in the slum was a selling point to do a tour?! (I did not do the tour). Dec 2015.

Ladies Room was created by Mumbai based company Y-films, who describe themselves as a “dynamic, vibrant start-up at the intersection of films, creativity and youth culture that hopes to challenge the norm and detonate boundaries“. So what are the norms and boundaries that shaped the content of their web series Ladies Room?

As is the case across the world, intersectional feminist movements exist in India (Patel & Khajuria 2016). However, despite the presence of feminist movements in India, systematic discrimination is still prevalent throughout the country (Kumari & Joshi 2015). In TV shows and movies, women are generally portrayed as “submissive and sacrificing” stereotypes who are dependent on men, reinforcing negative traditional gender roles that do not acknowledge the diverse lives of women in India (Kumari & Joshi 2015; Patowary 2014).

Ladies Room actively moves away from these portrayals with their female characters. As director, Ashima Chibber, stated “you won’t hear these girls talking about their boyfriends or who dumped whom…they discuss their workplace, aspirations, promotions, colleagues and life in general“. The web series was released on Youtube with English subtitles, inviting in a global audience. I also found out the language they are speaking is Hinglish, which is actually a reflection on globalisation, rather than colonialism, as I’d previously assumed (Chand 2016). That said, colonialism did leave one mark in India that got a mention in Ladies Room.

Upon my first viewing of Ladies Room, I missed the reference to “377” that was mentioned by the policeman outside the door. This reference was made following Dingo’s remarks about “coming out” and “homosexuality”. Upon further research, I realised that this comment actually holds quite a lot of significance. Section 377 of the IPC is a law that the British colonial authorities brought to India, which outlawed “sexual activities against the order of nature” (Patel & Khajuria 2016). In 2009, the High Court “decriminalised homosexual acts, making consensual gay sex legal under the law for the first time since 1861″(Patel & Khajuria 2016). However, in 2014 the Supreme Court overturned this law, decreeing homosexual acts as illegal once again. In Ladies Room, Dingo directly defies the policeman’s reference to this law, stating “Look sir, no law can stop two people in love…[to her friend Khanna] he’s talking rubbish!” His response was, “we should let people like you rot in jail”, which ultimately  and unfortunately removes any chance of queerness being normalised.

As I stated earlier, my introduction to Ladies Room was through a comparison to the North American show, Broad City and I maintained that comparative mindspace while watching the series. It wasn’t until I applied further reflection and research that I had my epiphany moment: comparison is problematic. Ladies Room and Broad City are simply different shows, not comparably different shows. The social and political climate of a culture shapes their story telling boundaries. Ladies Room is a feminist show within a social and political climate where the LGBTQ community have limited rights and women face different challenges in discrimination and representation.

While I understand my initial disappoint based on my context, through this autoethnographic experience I was able to reflect and come to the conclusion that while the context of the Ladies Room web series is different to mine, the feminist values and aspirations are the same. And feminist content is always great to see, even if it isn’t exactly the way I’d like to see it.

Chand V. 2016. The rise and rise of Hinglish in India, The Conversation, available from http://theconversation.com/the-rise-and-rise-of-hinglish-in-india-53476

Dundoo S.D. 2016. Ashima Chibber quoted in What happens in a ‘Ladies Room’?, The Hindu, available from http://www.thehindu.com/features/metroplus/what-happens-in-a-ladies-room/article8649727.ece

Uwujaren J & Utt J. 2015. Why Our Feminism Must Be Intersectional (And 3 Ways to Practice It), Everyday Feminism, available from http://everydayfeminism.com/2015/01/why-our-feminism-must-be-intersectional/