Posted on September 24, 2014 by intersectionalalien

Before the age of distributed networks, industrial media dominated the news telling sphere. This network of gatekeepers involves a centralised process of filtering what should and shouldn’t be determined as news (Mitew, 2014). Industrial media entitles us to access news within categories: local news, national news and international news. This segregation of news threads gives different weight to each section. An example of this would be WIN News’ recent promotional campaign for ‘all Australian news’. This model of news telling focuses on a national level and therefore limits access to global information.

Likewise, I did a quick Google search for the following legacy media networks CNN, ABC News and BBC News and found a reoccurring pattern of categorisation: the country of the broadcaster’s origin as one category and ‘World’ news as another.

This distinction between national and international news fits with the age old legacy media bias – a centralised filter separating news by location. Unlike legacy media networks, distributed networks work through a gatewatching system that is unfiltered and uncategorised. Gatewatching is a system of information aggregation through a large participatory audience, in which individual users create threads that develop into a coherent news item (Bruns, 2009; Mitew, 2014). When separate, these individual threads aren’t credible nor valuable, but when they merge together, it is possible to understand and value each individual thread as forming an ongoing story. 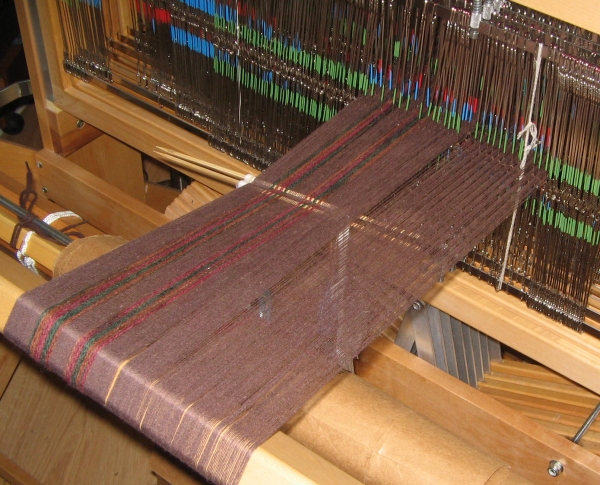 Each individual thread works together to create a coherent item, as metaphorically shown through this garment. Image sourced from Jessica Madsen, Blogspot, 2012.

An important aspect to these individual threads is that they can come from anyone in the globe. Legacy media networks and citizen journalists have an equal platform to share their story through the gatewatching system. Twitter is a great example of this with their hashtag function, which is an essential tool in curating a story and can be curated by legacy media networks and individuals alike. People can follow any news item across the globe without the filter of categories that would leave stories behind in the legacy media model (Johnson, 2009; Mitew, 2014).

Earlier this year, more than 200 girls were kidnapped in Nigeria. This horrifying story was basically ignored by the world until Nigerian citizens created the hashtag #bringbackourgirls on Twitter. This initially small thread of individual accounts quickly gained momentum and soon over a million people were tracking and contributing to the story as it progressed (Collins, 2014). This case gained global attention through the users and by the users and was not filtered due to its location – in fact the hashtag is still in use on Twitter today, with the latest information being threaded through.

The distinction between world and national events is within the legacy media model. It has been problematic in providing everyone with an equal voice, but with the emergence of distributed networks and gatewatching- this gap between who is heard and who is silenced is slowly closing.

Collins, M, 2014. #BringBackOurGirls: the power of a social media campaign. The Guardian. Available at: http://www.theguardian.com/voluntary-sector-network/2014/may/09/bringbackourgirls-power-of-social-media

Mitew, T. (2014) Bridges Made of Pebbles: social media and the rise of gatewatchers. Available at: https://www.youtube.com/watch?v=_1wlVOQA8y8&list=UU2RaUOoqFYKBjm0JQ4gwzHQ Accessed: 16/09/2014

2 Responses to News and World News